Russian media doctors up a Fathead commercial for anti-Western propaganda

On November 28, 2014, Russian mainstream television channel Russia-1 aired a shocking video. The program claimed that by the first grade, Western children are forced to learn everything there is to know about sexual intercourse and are told to pick which gender they would like to be. Decrying the loss of traditional values in the Western society, the host proclaimed that Europe is obediently following the United States off the cliff.

Russia-1 proceeded to show the video, purportedly depicting an American boy being led to his bedroom by his father. The astonished child is subsequently shown a newly-decorated wall above his bed, depicting cartoon images of naked adult males, posing on their own and during sexual activities. The host angrily exclaims: “Is it appropriate for a child’s bedroom to look this way?”

The program’s guest commentator, Maria Mamikonyan of the Russian Parenthood Resistance movement, proceeded to add that Western societies are normalizing previously prohibited sexual activities, including incest. The program went on to show images of children watching videos that depict kissing adults. Another guest tearfully rejoices that only Russia has real democracy. Subsequent discussions claim that children are being taken away from any parents who support traditional values, in what the program refers to as “gender fascism” in the West.

In reality, the clip of a shocked American boy was crudely doctored up to deliver the desired impression. The latest fake of Russian propaganda was created on the basis of a Fathead commercial, which shows the child’s bedroom that was decorated with the image of a monster-truck. Blatant fabrications by the Russian media have become so commonplace that they no longer shock seasoned observers. In light of Putin’s crackdown on Internet and rapidly dwindling freedom of the press, Russian audiences have very limited opportunities for learning the truth.
commercial disinformation doctored up fake Fathead mainstream media propaganda Putin Russia Russia 1 Russian TV Channel 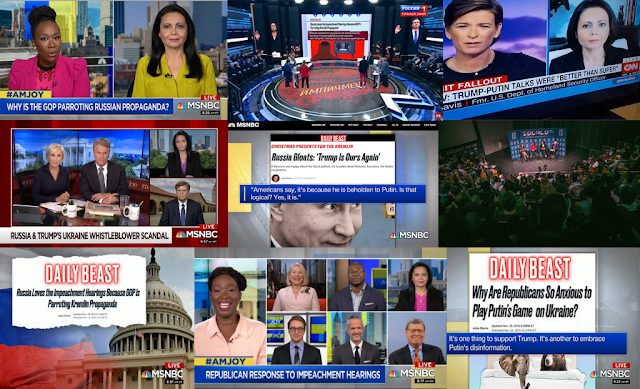 My interview with Bill Fay - Producer of “Clash of the Titans”, “300”, "Independence Day" and other notable feature films.  The remake of the cult film “Clash of theTitans” smashed opening weekend records, bringing in an estimated $61.4 million in sales over three days. The film kept its No. 1 spot at the box office two weekends in a row, bringing in a total of $110.5 million. “We’re very proud of the film and its success, domestically and worldwide,” said William Fay, executive producer of “Clash of the Titans” and president of production at Legendary Pictures. We had the opportunity to sit down for lunch with the renowned Hollywood producer, to discuss some of the emerging technologies in Hollywood and how they are changing the landscape. During our visit with Fay, he confirmed that there would be a sequel to “Clash of the Titans.” “Legendary Pictures has multiple titles in various stages of production and development,” he told us. “Currently, a sequel is in the wor
Read more 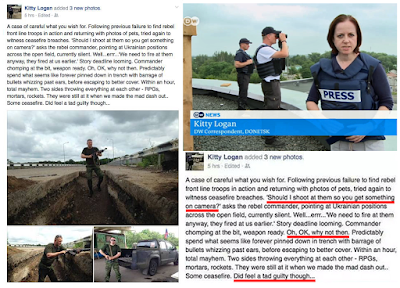 Kitty Logan was covering events in war-torn Eastern Ukraine for Deutsche Welle. Her reports didn’t garner much attention, but one of her Facebook posts changed everything. Kitty wrote: “Following previous failure to find rebel front line troops in action and returning with photos of pets, tried again to witness ceasefire breaches. ‘Should I shoot at them so you get something on camera?’ asks the rebel commander, pointing at Ukrainian positions across the open field, currently silent… Well, errr… Story deadline looming… Oh, OK, why not then… Within an hour, total mayhem. Two sides throwing everything at each other – RPGs, mortars, rockets. They were still at it when we made the mad dash out.. Some ceasefire. Did feel a tad guilty though.” Continue reading:  http://www.juliadavisnews.com/articles-about-ukraine/former-deutsche-welle-reporter-kitty-logan-loses-press-accreditation-in-ukraine/
Read more